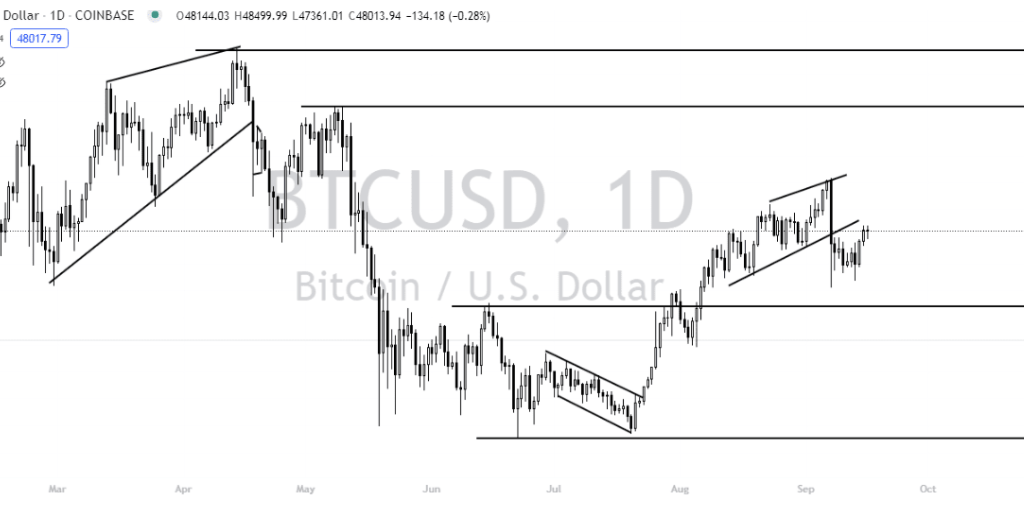 The year 2021 has been a big year for Bitcoin and cryptocurrency at large. But what’s should we be expecting next?

This year we witnessed Bitcoin reach a new all-time high price.  Regulatory conversations are being held to significantly impact the sector and increase institutional buy-in from major corporations. Meanwhile, interest in cryptocurrency has soared this year, making it a popular topic among investors and in popular culture, owing to long-term investors like Mike Saylor, Elon Musk, and high school kids with small Bitcoin wallets. More Bitcoin logins and signups are experienced across various bitcoin exchanges.

In recent months, Bitcoin has experienced a lot of struggles from different angles. Sanctions, bans, and unfriendly cryptocurrency policies have been issued by governments of different countries to target the cryptocurrency market. News of Bitcoin wallets and exchanges being hacked also affected the price of Bitcoin.

Several countries now prohibit the use of cryptocurrencies as a form of payment but permit the possession of Bitcoin in your Bitcoin wallet. This comes when governments and central banks increasingly focus on central bank digital currencies (CBDCs) to retain legal tender sovereignty.

Like other countries, the Indonesian government warns that cryptocurrencies are a highly volatile asset class. On June 15, in a virtual meeting – according to Governor Perry Warjiyo. The Bank of Indonesia will prohibit the use of cryptocurrencies as a payment tool.

WHAT SHOULD WE EXPECT IN THE COMING YEAR

Due to fear of losing money, government regulations, and bans. Bitcoin experienced a free fall from its all-time high of $65,000 in April to around $28,000 in the last part of June. Many traders emptied their Bitcoin wallets and closed open positions due to the fear of losing more money. Some traders still hold on to their positions but are uncertain about what Bitcoin has for them in the coming year.

Therefore, this article is written to present to our readers what we think the future expectation of Bitcoin, from the research, carried out by our team in terms of price and acceptance by institutions, governments, and the general populace. In order words, the article will be divided into two parts: The fundamental analysis and the Technical analysis.

In 2021, mainstream companies from various industries have expressed interest in cryptocurrency and blockchain and have even invested in them. AMC, for example, just announced that before the end of the year, it would be able to take Bitcoin payments. PayPal and Square, for example, are banking on cryptocurrency by allowing consumers to buy Bitcoin into their bitcoin wallets on their platforms. Tesla continues to waver on whether or not it will accept Bitcoin payments, although the firm owns billions of dollars worth of bitcoin in its bitcoin wallets. Experts expect that this type of buy-in will become more common.

WHAT THE MAINSTREAM ADOPTION OF BITCOIN MEAN TO INVESTORS

While most individuals don’t see the value in paying for products with Bitcoin right now, more merchants and companies taking payments could change the scene in the future. It will likely be long before spending Bitcoin on products or services is a wise financial decision. Still, more institutional acceptance could open up more use-cases for everyday people, affecting Bitcoin pricing. Though nothing is sure, if you acquire bitcoin into your bitcoin wallets as a long-term store of wealth and value, the more “real world” applications it has, the higher the demand and value. Tesla continues to waver on whether or not it will take Bitcoin payments, despite having billions of dollars in the bank.

However, some are expecting the government to change the classification of Bitcoin to a digital asset from a commodity. This change will increase the acceptance of Bitcoin as a method of payment by merchants and small businesses. Therefore, leading to an increase in the number of bitcoin logins to exchanges, which will increase the demand for Bitcoin and drive the price higher.

In the future, we expect to hear more about Bitcoin regulations. Lawmakers and financial experts in Indonesia and around the world are trying to find out how to make cryptocurrency safer for investors and less appealing to bitcoin wallet hackers by establishing regulations and guidelines.

Meanwhile, US Senators are considering new legislation to strengthen Bitcoin tax reporting standards. Anti-money laundering programs can now track and catch them. Criminals will face more significant challenges in the future as regulators and law enforcement become more sophisticated in their approaches.”

From a technical perspective, we are expecting Bitcoin to rally to around $90000 before March 2022. Currently, we can see that optimism is beginning to find its way into the Bitcoin market. The market has resumed its uptrend after breaking the $41,000 resistance. On September 6, we noticed the market breaking out of an ascending channel, trying to retest the $41,000 zone and hopefully continue in the upward direction. 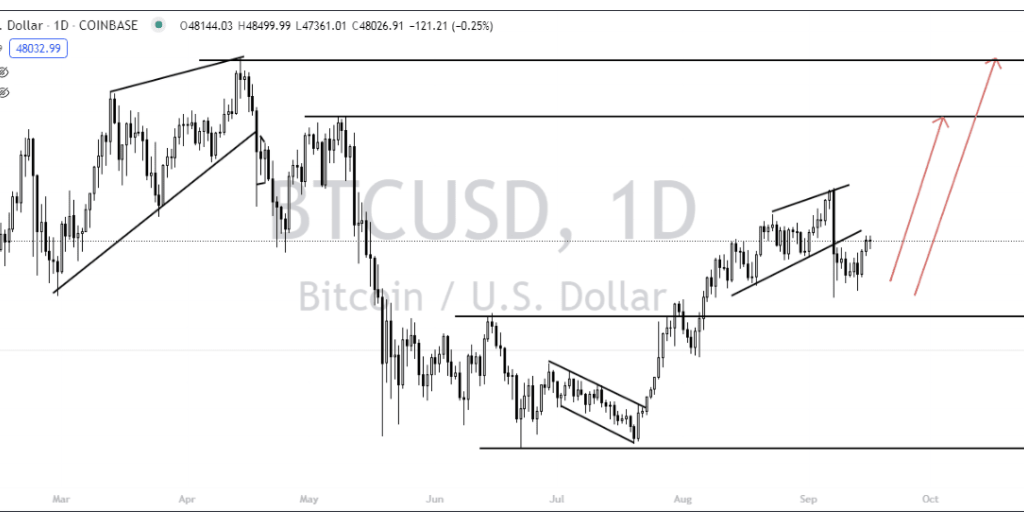 For the short term, we expect the market to test the $60,000 region before the end of the year 2021. We might see a little reaction around the $60 000 resistance region. Suppose the market can successfully break through this region of resistance. In that case, we should be headed towards the $65,000 all-time high level.

HOW TO BUY BITCOIN IN INDONESIA

Purchasing bitcoin and owning a bitcoin wallet in Indonesia is legal and straightforward. First, you must register and complete the bitcoin signup and Know Your Customer (KYC) process with a brokerage, app, or cryptocurrency exchange.

What Are the Requirements for Purchasing Bitcoin in Indonesia?

Steps to Buy Bitcoin in Indonesia

THE FUTURE OF BITCOIN

In conclusion, based on our analysis, we can speculate what value Bitcoin will have for investors in the future months and years. However, the reality is that it is still a new and speculative investment with a bit of history on which to make predictions. No one knows what the future holds. Still, we can make speculations with our experience in investing, analytical tools, and data available to us. That’s why, for long-term wealth accumulation, you should only invest what you’re willing to lose. Keep your crypto investments minimal and safe in your Bitcoin wallet. Don’t share your bitcoin login detail with people. Never prioritize them over other financial goals such as retirement savings and debt repayment.